Some Pousse Caillou lithographs are occasionally offered on auction sites, currently in Switzerland and Norway.

The richness of the Pousse Caillou lithographs collection gave rise to meetings with auction houses, particularly in Switzerland around Mathias Spescha, whose production at the workshop was abundant. Scandinavian artists are also the subject of a certain interest at auction, such as Kjell Nupen.

The collaboration with the Germann Auktionhaus in Zürich and Blomqvist near Oslo were a valuable asset during the period of confinement when exhibitions were no longer possible, sales are organized according to calendars available on the sites of the auction houses.. 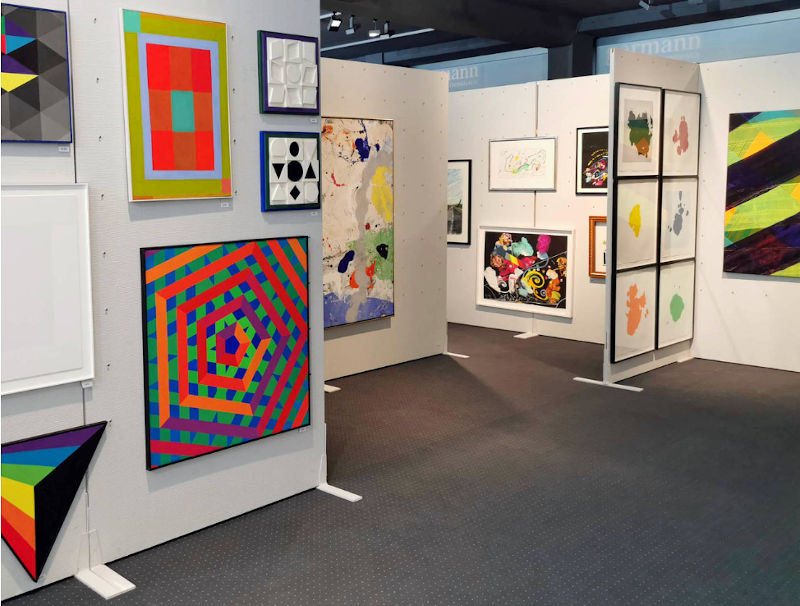