It was by pure chance, so the saying goes, that aloys Senefelder discovered in 1797 the basic process of litho, which uses mainly the chemical characteristic of repulsion between water and grease. Introduced in France in 1802, it didn't become common knowledge until 1815, thaks to two famous printers : Lasterie and Engelman.

Quickly used by the newspaper world and public works and commerce, the technic was in time relined. It gave birth to the photolino the offset for which it was a complement, then, little by little, a replacement. Real lithography remained lively in the world of artistic creation, seducing all the great artists that used it. In respect to her older sister, engraving, she behaved like a firery and inventive little sister, though never a rival which today allows her to treat and to be treated as an equal. 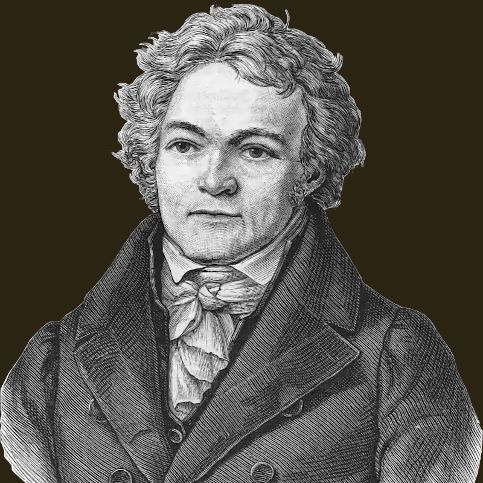 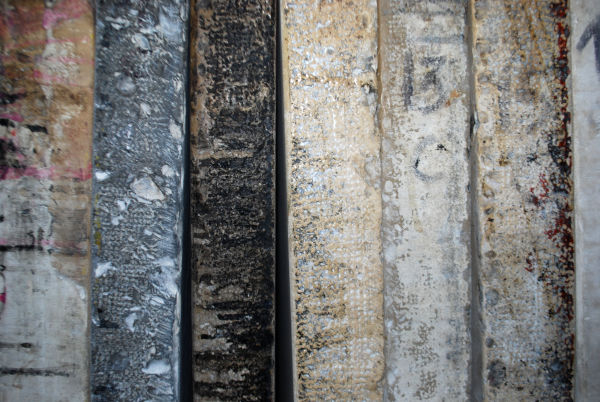 The stone is very dense, pure limestone, geyish. It's cut flat, thick enough to resist pressure in the process of printing.

The grinding of stone

Two stones facing eachother, between which has been set some sized flint powder with water. Grinding will be obtained by friction until the result is two immaculate surfaces, with very fine grain : the stone can be drawn again. 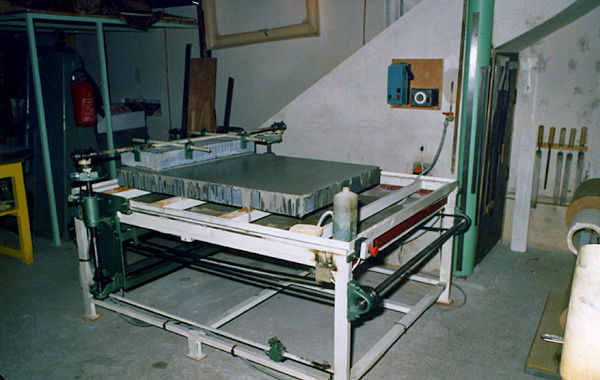 The lithographer draws directly on the stone with varied materials : greasy litho crayons, litho ink which can be diluted with water, its fluidity making it possible to draw with pen or brush, thin or light.

Correcting can be brought with erasers, scrapers, acid, etc. Many other materials can be used, like benzine, soap, turpentine... with a view to laying grease on the stone and chemically fixing it to obtain a print by inking. 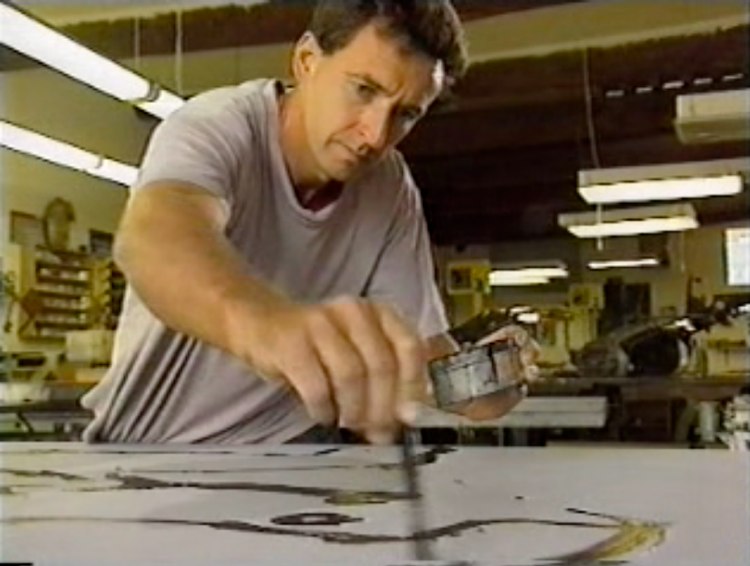 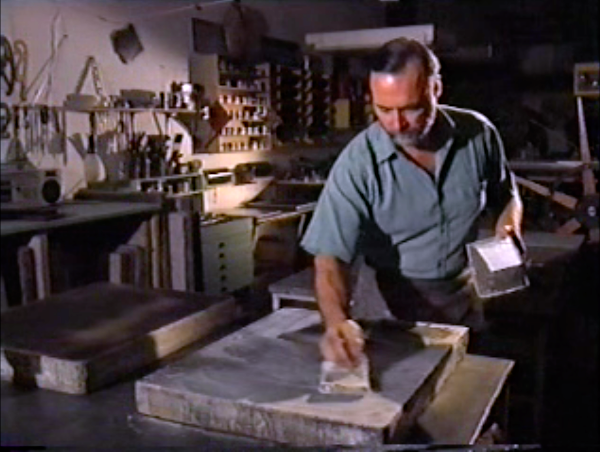 Fixing the drawing or etching the stone 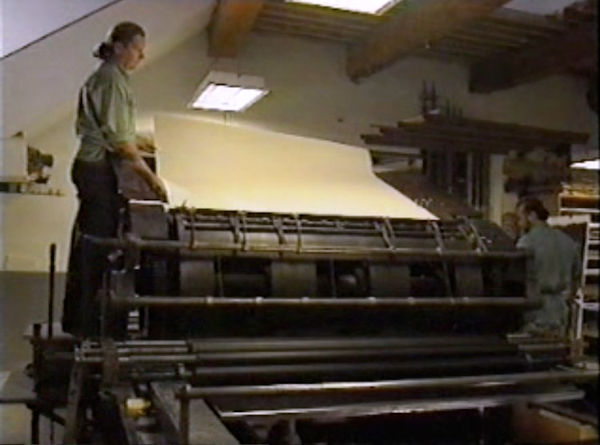 The stone is wedged on the bed of the press, then cleaned out with turpentine to remove the litho ink coat of the drawing, which is already black, and washed out with clean water. The wet stone is then rolled up with printing ink which sets down on the drawn parts because they are greasy and refuse water, but they catch the ink of the roller, which is rejected by the wet parts. As soon as it is inked, the paper is set on the stone and pressed, the drawing is printed.

When several colours are concerned, it is required to make a separate drawing, stone and printing for each colour.

The process makes it possible to get a great number of different prints out of a single drawing.

The problems linked to the supply, handling and storage of stones has favoured the rapid development of zincography which is a comparable process, using zinc plates. 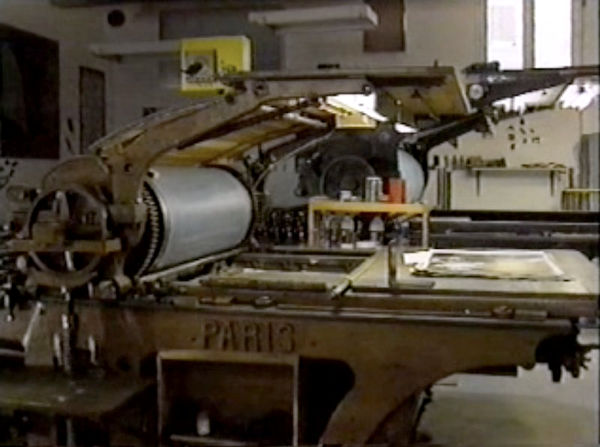