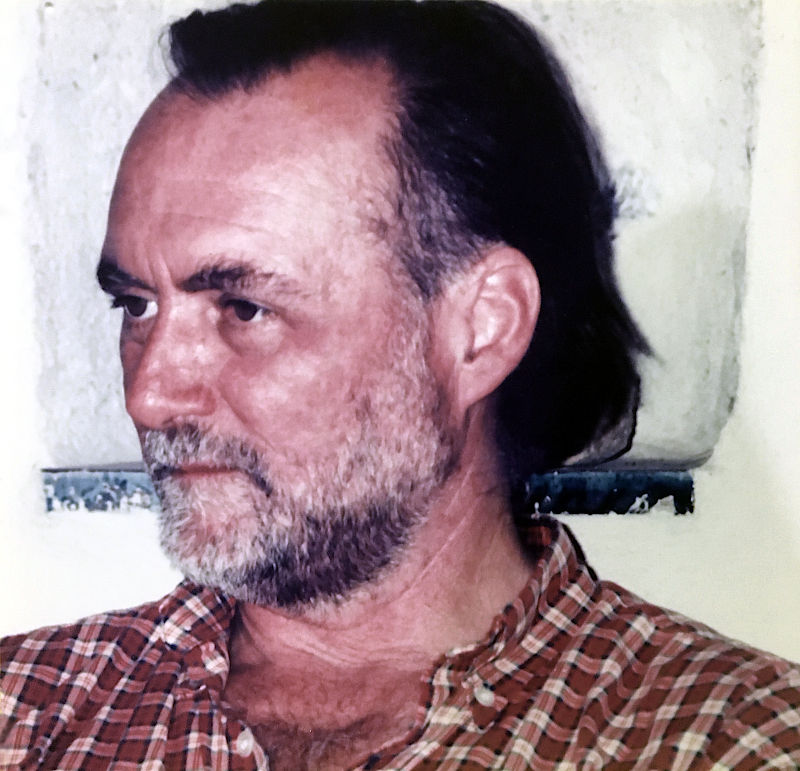 From the beginning of his activity as a lithographer and throughout his career, Luc Valdelièvre wanted to make known this little-known technique which sometimes has a bad image because of questionable practices by certain unscrupulous artists or workshops. He defended lithography on stone, sometimes neglected by certain workshops and displayed this text during exhibitions:

"Prejudices about printmaking in general, and about lithography in particular, engendered by the lack of information or misinformation.

The poor opinion sometimes held by the public of printmaking techniques has its origins in real abuses, such as phantom prints and unscrupulous reprints of which publishers, artists or workshops may have been guilty at one time (there are about twenty years) when the almost euphoric market transformed the lithographic presses, in the eyes of some, into veritable "money printing presses"; this period is well over, it is not always the same with its excesses... If we can understand these temptations, without excusing them, it is urgent that the severe and lasting judgment that some pass on those who have succumbed , does not extend to an entire profession which has now dragged this pan long enough for objectivity and common sense to regain their rights.

For my part, I will not grant my understanding or my indulgence to Salvador Dali and his accomplices, in the production of fakes and their distribution at a high price, under his signature, represented for all the professions of printmaking a real predation, in the marks are apparently not all erased by now in the minds of the general public. It is true that, too often, press articles remind us of these slippages, inevitably creating confusion in the minds of the public, and maintaining a mistrust that is difficult to defuse.

This or that workshop, it is true, makes no secret of a very elastic conception of the "originality" of the "lithos" that it produces, not to mention the technical notion of lithography, which is only there a memory, touching or folkloric.In this area, only the public is deceived, to whom a reproduction is sold by adorning it with all the prestige, all the virtues and all the qualities of the original work; it is true that - is it a coincidence? - the kind of art served by its pharmacies has little to do, in general, with the real artistic creation... In this field, the power of information or misinformation is entirely between the hands of broadcasters and merchants, whose commercial concerns unfortunately do not always meet the concern for rigor and good knowledge of the subject that the public, poorly informed at the start, should be able to expect from them.

Our activity is at the service of original creations in the form of multiples, more accessible to a wide audience than unique works; we have no prejudices against this or that technical process, provided that it is at the service of creation and not of reproduction, which we do not practice. In the field of reproduction, specifically, certain techniques are now reaching a remarkable quality; out of honesty, for the sake of information, out of respect for the public, they must be identified and disseminated as such, which is unfortunately not the case too often.

Lithography as we practice it requires the involvement of the artist from the beginning to the end of the process; he works on the stones in the workshop, we are at his disposal for his creative activity, to solve the technical problems which may arise for him, by suggesting, inciting or experimenting, so that he can make the most of our experience : together we develop a print that will satisfy, for one, his creative aspirations through a technique that is both demanding and rich in infinite resources, and for others, a desire to achieve the best technical and inventive quality possible.

Rare are the artists who, after having tried their hand at lithographic art, have not sought to deepen their knowledge through new experiences, enriching their activity as creators with its infinite resources. For two centuries, this marvelous technique of creation and multiplication has seduced all artists, famous or not, and taken a very active part in the dissemination of art."